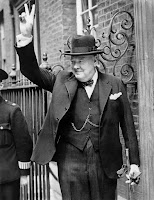 No More Champagne: Churchill and his Money is a biography by David Lough which focuses on Winston Churchill's finances. And it reveals that the great Statesman spent a lifetime keeping his head just above water when it came to his private financial affairs.

At a talk on September 23rd David Lough, who is a former City financier and who has made a forensic study of Churchill's finances, will reveal an extraordinary account of the one-time Chancellor of the Exchequer's struggle with his own money.

Lough has discovered that Churchill lost huge sums at casinos around Europe, escaped bankruptcy through secret bailouts by shady private donors and gambled disastrously on financial instruments. And, at the same time, he ran a lavish lifestyle he believed befitting a member of the grand Marlborough family but without the land or cash  ion the bank of a Duke to fund it!
However, amazingly, he earned large sums from journalism and writing, picking up a Nobel Prize for Literature along the way. Indeed, Lough estimates that Churchill's earnings as a war correspondent meant he trousered the equivalent of £100,000 a month - which makes Boris Johnson's recent scribblings for The Daily Telegraph at £5,000 seem positively mean in comparison!

Tickets for what promises to be a really fascinating talk, which will be at 3.00pm in the George in Rye hotel, cost just £12 and can be booked online at www.ryeartsfestival.co.uk 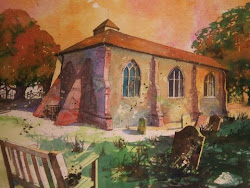